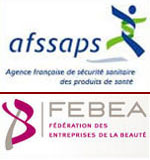 We spoke to you about it on 27 March in this same section: the Afssaps (French Health Products Safety Agency) has just published the Cosmetovigilance balance sheet for 2009. A report which was also studied by the FEBEA (Federation of the companies of the beauty), one of the representatives of the cosmetic companies, which transmitted us its analysis in the form of additional information, which we publish here in full.

First of all, it should be noted that in Cosmetovigilance 2009 results , l’ Afssaps announced the development of various documents: the accountability method, recommendations for the proper use of cosmetic products intended for consumers, the consumer warning campaign concerning skin whitening products and voluntary depigmentation, and the draft recommendations for the proper use of permanent hair dyes. It should also be noted that the information is more detailed since the 2007 balance sheet (published in 2008).

Two new types of tax filers were identified this year: nurses and the DGCCRF (total 4%). The other declarants, already mentioned last year, are found in the same proportions EXCEPT industrialists who in 2008 and 2007 represented 1% of declarants and now represent 16% this could explain the increase in reported cases?

The nature of adverse reactions

Information concerning the age and sex of users is new and was not provided in previous assessments: there is a high percentage of children (16 per cent or 37 cases).

The categories of cosmetic products involved

This section is much more detailed than before. New product categories are emerging: perfumes and eaux de toilette, deodorants, nail care products, cosmetic wipes and skin whitening products. Hair care is no longer mentioned. For the categories of products associated with allergic skin reactions, these are the same as those cited in 2009 for 2008 reports. The categories cited as associated with allergic skin reactions in 2007 (hair dyes, ephemeral black tattoos, facial care products) are also found in the 2009 reports.

Permanent hair dyes While it is true that since 2004 reports of adverse reactions secondary to the production of these dyes have increased, it is now necessary to note (which is not indicated in the AFSSAPS report) a stagnation or even a slight decrease in these cases: 28 cases in 2008 and 25 cases in 2009. In addition, in 2009, the number of cases followed by allergological testing was lower (10 patients were tested in 2009 while 23 patients were epicutaneously tested in 2008). Skin whitening products Obviously, these are all illegal products. Sun protection products Most of these products contain octocrylene. Cases of misuse  10 in 2009 versus 9 in 2008, but not all of them are described in this new 2009 balance sheet, which is regrettable because it makes it possible to identify them in relation to ARs linked to a reasonably foreseeable use. Finally, more generally, and as in previous reviews, it is unfortunate that there is no information on the degree of imputability to the product, that examples of adverse reactions"considered serious" are not detailed in order to understand their definition, and that the overall figures amalgamate ARs due to misuse and others, regardless of the degree of imputability since the latter parameter is unknown.

To go further see the complete review of the Cosmetovigilance 2009 on the Afssaps website. 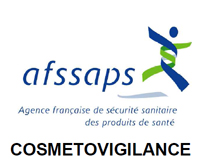 Cosmetovigilance is a system to monitor and record adverse effects due to the use of cosmetics, listing them and giving  information to prevent further occurrences. 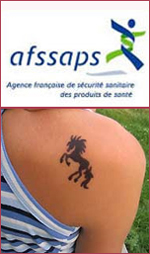 Once again, at the beginning of the summer, Afssaps reiterated its warning statement against carrying out black temporary tattoos containing a  henna base. The addition of black dyes to henna, in fact, cause serious undesirable side effects, of which the number reported in 2008 strongly increased.

FEBEA is the French federation of cosmetics industries. 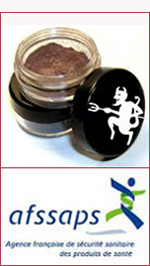 As every year, the Afssaps (French Health Products Safety Agency) has just published the Cosmetovigilance figures for 2008. First observation: the number of adverse effects following the use of cosmetic products is increasing. 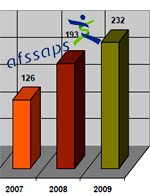 Cosmetovigilance : Undesirable effects due to cosmetics in 2009

As it does every year, the French Agency for Sanitary Safety of Health Products (Afssaps - now ANSM) has published its report of Cosmetovigilance for the year 2009. The trend is upward.

Jan. 7, 2020 Injunction of the ANSM to the company Unilever HPC p

It is because of “non-compliances and significant deficiencies” that the ANSM has just sent to Unilever HPC company a compliance ...

ANSM has just published a Decision, dated December 26, 2019, which suspends the marketing and distribution, and orders the withdrawal of cosmetic ...

It is because of “non-compliances and significant deficiencies” that the ANSM has just sent to NEOCOS company a compliance injunction ...

On March 27, following the ANSM Health Policy Decision on Phenoxyethanol, CosmeticOBS- published an article outlining the reaction of professional cosmetic ...

March 27, 2019 DPS Phenoxyethanol: a hostage taking of the industry by the ANSM? p

By a Health Police Decision of 13 March 2019, published on the ANSM website on 20 March, the French National Agency for the Safety of ...

In order to facilitate the declaration of alerts made by whistleblowers and to strengthen their follow-up, the National Agency for ...

Dec. 16, 2018 Injunction of the ANSM to the company Bio Perche Cosmétiques & Senteurs p

It is because of “non-compliances and significant deficiencies” that the ANSM has just sent to Bio Perche Cosmétiques & Senteurs ...

Nov. 18, 2018 Injunction of the ANSM to the company Prodene Klint p

It is because of “non-compliances and significant deficiencies” that the ANSM has just sent to Prodene Klint company a compliance ...

Sept. 22, 2018 Injunction of the ANSM to the company Probionat Provence p

It is in the name of"nonconformities and significant breaches" that the ANSM has just sent Probionat Provence a compliance injunction ...

Aug. 24, 2018 Injunction of the ANSM to the company Laboratoires Cinq Mondes

It is in the name of"major non-conformities and shortcomings" that the ANSM has just sent Laboratoires Cinq Mondes an injunction ...

It is in the name of"non-compliances and significant breaches" that the ANSM has just sent the companies Lessonia, Alès Groupe ...