Prohibition of "Free-from.." texts without legal value according to Cosmébio Add to my portfolio
pro subscription only feature
see our subscription plans 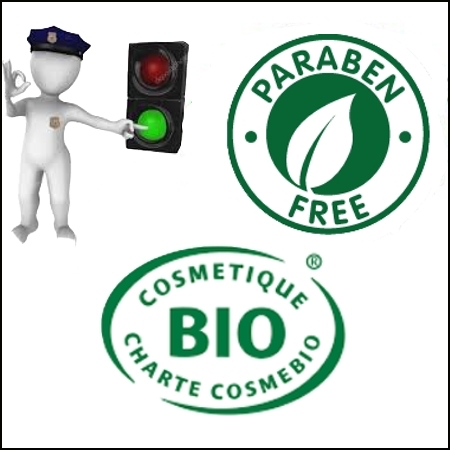 Following the entry into force of the new rules applicable to cosmetic claims provided for in the European Technical Document and the 8th Recommendation Cosmetic Products of the French ARPP, a large majority of “Free-from…” claims have been banned since 1 July. A “shame”, according to Romain Ruth, president of Cosmébio. According to him, these two texts have no legal value and can in no way force beauty professionals to renounce to these claims.

It was at a press conference held in Paris on 20 September 2019 that Cosmébio, through Romain Ruth, spoke out on the ban of “Free-from…” since 1 July 2019.

The president of the Professional Association of Ecological and Organic Cosmetics had already described these new rules as “an infringement of freedom”. Two months later, he stands by his positions. “After the ISO 16128 scandal, some associations led professionals and others in the sector to believe that new regulations had come into force prohibiting claims ‘Free-from…’. These strong terms therefore indicate that the entire industry must comply with them. I no longer count the press articles that relayed this news, nor the colleagues who contacted me convinced that the”Free-off…" were prohibited. This information is false. No legislation has come into force, just a recommendation from a European Commission working group that said it would be better not to use the’Free-from…’ claims on a number of ingredients," he said.

According to Cosmébio, “Version 8 of the french ARPP Cosmetic Products Recommendation states, inter alia, that the use of a claim relating to the absence of one or more ingredients or a category of ingredients is only possible if this claim (…) does not constitute the main argument of the communication and [that] it meets all the Common Criteria established by Regulation (EU) No 655/2013 (…) and the good practices for its application developed in the Technical Document on Cosmetic Claims published on 3 July 2017 by the European Commission and its subsequent versions. It implies that ‘Free-from…’ claims would no longer be possible to inform of the absence of an ingredient negatively perceived by public opinion, but allowed by the Cosmetic Regulations. However, we recall that there is no legal standard that prohibits ‘Free-from…’ claims. The ARPP and the Technical Document initially published on July 3, 2017 have no legal value. They must in no way restrict the freedom of companies to use statements that provide legitimate information to consumers and that they expect. In the case of claims relating to cosmetic products, only Regulation 655/2013 is legally enforceable in the event of a dispute. It is the only one that is translated into French. And it prohibits the ‘denigration of an ingredient used legally’. Finally, the Technical Document itself states that it does not constitute a regulation:’it is not a European Commission document. It serves as a tool, on a case-by-case basis, it has no legal value. Only the European Court of Justice can give an authoritative interpretation of the European Union’s legal standards.”

Romain Ruth also pointed out that Cosmébio went to the DGCCRF to ensure that the supervisory authority shared the same interpretation of the situation as the association. Conclusion : “We have met the frauds, and the Head of the Office has told me that he has the same analysis as us, namely that there is no new legislation or legislative change. It would be unthinkable that there could be inspections in this perspective.”

However, one question remains to be answered: have the brands followed the guidelines of the ARPP and the Technical Document?
“Reactions are really very diverse on the hundreds of brands,” he says. “Some very large historical organic brands had decided to’enter into resistance’ before even realizing that there was in fact no legal constraint. Others, in the generalized rush (internal regulatory departments that anticipate… national distributors who are being manipulated… foreign distributors in neighbouring countries who are hearing about a regulatory change), have already modified their packaging before understanding the situation. Overall, conventional brands, often integrated into companies that advocate a outright ban on ‘Free-off…’ claims, follow these recommendations, also with the aim of showing how to proceed if they do not demonstrate the relevance of the matter. There remains the category of the very young, who did not want or could not afford to change everything at full speed. In summary, the reactions were very variable. But the forced changes occur as a result of this ‘attack’.”

While we thought the “Free-from…” claims were dead and buried, Cosmébio seems quite determined to resist. 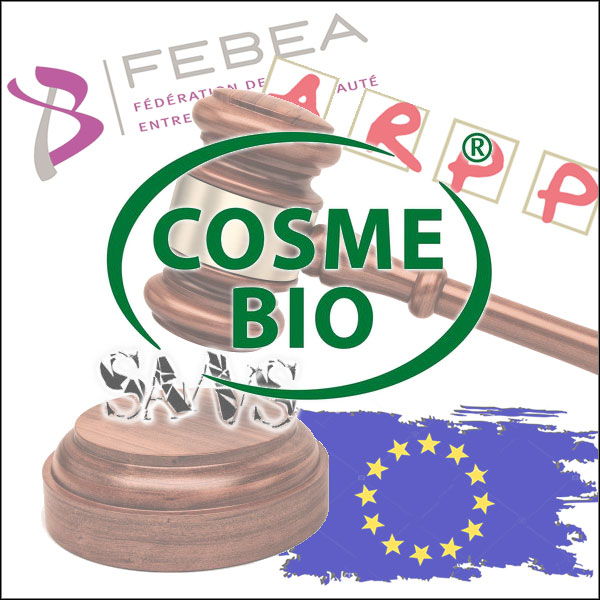 The prohibition of "Free-from…" claims: a misreading of the law and an infringement of freedom, for Cosmébio

Is the prohibition of “Free-from…” claims on the labels of cosmetic products justified or is it an attack against natural and organic cosmetics? Does it have a real legal basis? No, replies Romain Ruth, who sees in this measure an erroneous and abusive interpretation of the opposable law and an ...

For the past fifty years, the beauty industry, on a worldwide scale, has been meeting at Cosmoprof. Considered one of ...

January always marks the holding of the Cosmétagora show, organized by the SFC (French Society of Cosmetology). This year, the ...

After a pilot test phase in certain regions of France, Signal Conso is now accessible to the entire territory. SignalConso ...

For the second consecutive year, Cosmet’in Lyon (ex CED) takes over the Palais de la Bourse in Lyon. On the ...

In 2019, the French cosmetics industry once again achieved a strong performance abroad: the sector exported nearly €16 billion of products, an increase ...