Bizarre ingredients in cosmetics: we have not yet seen anything! Add to my portfolio
pro subscription only feature
see our subscription plans 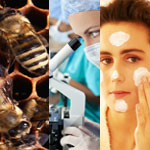 Snails’ slime, snakes’ venom, sperm whale’s vomit, ostrich oil … so many new bizarre ingredients moved up in our anti-ageing elixirs! An animal-based cosmetic industry, or a marketing trend with a craving for exoticism? After which Code of Ethics? A small bewildering  overview of the situation.

Everything is nice in an animal

Active ingredients good for our skins, extracted from animal productions or taken from them without any damage to them, are well-known, such as milks (cow, goat, asses, mare) and their derivatives (yoghourt, cream, extracts, lipids, whey, hydrolysate … ), lanolin, from sheep wool, lecithin, from eggs, beehive products (honey, royal jelly, wax, propolis.)

The origins of some other cosmetic ingredients are not that much advertised, such as the hyaluronic acid, sometimes taken from roosters’ crests. Consider glycerol, a moisturising ingredient extracted from animal carcasses in slaughterhouses, and squalane, another moisturising agent produced by the hydrogenation of squalene, a lipid present in high quantity in shark's liver oil. Same thing for beef tallow (stearic acid), a basic ingredient of soaps, or the scarlet red colour extracted from cochineal insects. Or sturgeons’ eggs (caviar).

Maybe you are among those who do not know that the sperm whale vomit (ambergris) has been sought-after for centuries in perfumery ( Ambre Gris by Balmain), thanks to its woody scent and its rarity, or that keratin was extracted from the horns and the hooves of slaughtered animals; it is now more often taken from farmed feathered poultry, or, more rarely, from sheep’s wool.

And yet, this is almost nothing!

From snails’ slime to salmon sperm

Some brands have been on this market’s segment for years (Elicina, from Chile, was established in 1995); others have based their programme on these ingredients (Armonia’s cares are almost only made of snails’ slime or snakes’ venom). More brands follow this trend, so popular in Asia (Garancia and its Mystérieux repulpant , a serum based on peptides from snakes’ venom, placed on the market in 2007). Others even diversify their businesses: Hélicrème, a French brand that grows snails in Southern France, has made a new market for them with its snails’ slime-based cream.

What about a Code of Ethics, in this world?

After using synthetic spermine in its beauty cares (SkinScience), after an even more questionable use of fetal cells provided by an abortion (Neocutis), the question “Ethics and cosmetic” is asked. In Europe, the regulation bans using cells, tissues or products from human origin. Not in the USA, which through the Internet channel, can market these kinds of products (Neocutis) the world over.

As for ingredients from animal origin, often cheaper than their plant or synthetic counterparts, labels provide consumers with few, if any, pieces of information. No information may let one think of an animal origin. Sometimes, wrongly, most often, rightly.

Other ethical problems are raised when ingredients are taken from protected species. For instance, the warning in 2012, by the Bloom association, in a study called “The hideous price of beauty," about squalane, mainly synthetised from squalene, an ingredient which deep-sea sharks liver are rich in, when some of these species are on the brink to extinction.

The only answer is the confidence that consumers may have in the Vegan label, only in it, a label dedicated to vegans, which guarantees that the cosmetic is free of any animal ingredient, and in the organic cosmetics frames of reference, which, all, ban ingredients from animals. 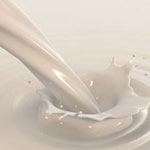 From the milk jar to our skins: animal milks

Milk, milk, milk: animals from the farm able to supply milk are a new trend. Their names are more widely used in our cosmetics than ever before. Several brands have even been created during the last years based on this ingredient and its derivatives. Others have made it the leading ... 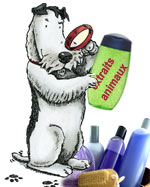 Animal tests are often referred to on labels, very often to emphasize the fact that no animal testing has been performed. Less often, the animal origin of ingredients, be they from living or dead animals, or from what they produce, is not mentioned. Nevertheless, they are quite common in the ...

The study is titled "The Hideous price of Beauty". It is performed by Bloom, a not-for-profit association, whose mission is to protect the oceans; it points out the dramatic use by the cosmetic industry of deep-sea shark's liver oil. Thus, some species are close to extinction. 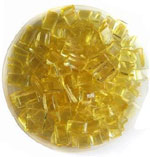 It is now an ingredient that can no longer be ignored in hair care: shampoos, conditioners, masks or serums "enriched with keratin". It is the basis of the Brazilian straightening; it is present in some skin cares, and, more frequently, in nail cares … By the way, what is exactly ...