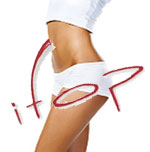 During its Beauty study, the French polling organization IFOP interviewed more than 8,000 women: this study was made in a mature market (France) and two emergent ones (China and Russia), in order to identify the main issues of the relationship between women and their bodies, and to highlight the opportunities of innovations for the main actors of this sector.

The polling organization IFOP interviewed a sample of more than 8,000 women in France, China and Russia, to determine which the most important areas of their bodies are in their own opinions, which ones they like the least, and the ones for which they would be ready to spend more.

"The conclusions of this study allow for the explaining of underlying trends, such as the impressive growth of plastic surgery in China," explains Laure Friscourt, the Director of the Beauty sector in IFOP. "Further, they bring to light true opportunities for business and innovation to be explored by the manufacturers, for instance, on the hair products market in Russia."

On the other hand, they regard their hair as less relevant than the French and Russian women. Moreover, Russian women are especially many to let it know that they are dissatisfied by this area of their bodies (24% of them), and 14% would be ready to allow a more important budget than now for this part.

Cultural differences in the approach to beauty, also seen in other studies performed in these same countries, are displayed and come as the major information provided by this IFOP study. When France and Russia seem to be rather similar when considering the value placed on the different parts of the body, China sets apart, for physiological reasons, but also due to a specific relationship with the body, more global and holistic. Further, Russian women are more demanding beauty matters, while Chinese women go more along a pragmatic and voluntaristic approach to beauty.