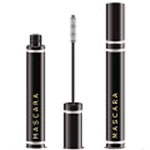 "Every woman deserves a man who ruins her lipstick, but not her mascara!" Eyelashes have never been looked at as much as today. Eyelash makeup, and eye contour makeup more generally, is perhaps the oldest known makeup gesture. To this day, mascara represents one of the most important make-up products.

Long reserved for aesthetic as well as therapeutic uses, mascara was then a product reserved for more confidential uses before becoming an essential product of any well-managed make-up routine. According to official statistics, it is a market worth two billion euros in the world and nearly 800 million in Europe. It alone represents more than 50% of the eye contour products market and more than 14% of the total make-up market.

The origin of the word is quite complex. According to the site etymology-occitane.fr , mascara would be derived from mask- "Black", a word which is absent from Latin and which, for phonetic and semantic reasons, can be neither Celtic nor Germanic or Arabic. Consequently, a pre-indo-European origin is assumed. The"mask" meaning of masquo would be an Italian loan maschero of the 16th century. The name Mascator is certified in Arles in 520, and still lives in Languedoc : formerly Mascaria, and with a francized spelling Makeup. The root mask- is at the origin of three groups of words with the following meanings : - witch, for example in Alès : masquo" old, ugly and wicked woman; mischievous daughter"; in Auvergne, mask prostitute." Marseille masco death's head butterfly, whose coming is taken in bad omen"..; - blacken with soot , in Old French maschier pretend; hide", in Occitan mascoutá "hide the defect"; • mask, for example mask blush" ; hide kosher" as in Languedoc mascarado disguised and masked troupe of people".

Originally, it was only antimony powder, a black rock with bluish reflections, which, when ground, gives a powder. Today, formulas are increasingly sophisticated and presented with complex technology applicators that are the subject of both ongoing research and an astonishing patent battle.

It is thus the history of mascara that we propose to tell you through several contributions which will approach the various aspects of this very particular product.

In a first part, we will deal with its history . A pretty story, probably very poetic but also historical, will illustrate its origins .

When I started working on this Cosmetotheque® project, I tried to meet some people I thought would be helpful in ...

Created and run by Jean-Claude Le Joliff, the Cosmétothèque is an association governed by the law of 1 July 1901 and the decree of 16 August 1901. ...