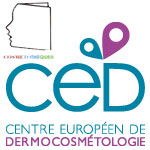 Lyon's reputation is well established, whether in the cultural, sporting or even better, culinary fields. But we can't talk about cosmetics, and teaching cosmetic science in France, without referring to this city. Indeed, it was here that a long saga began to take shape, as much about teaching and regulation as about ingredients and the birth of a few nuggets, some of which are still very active in the world of cosmetics.

Professor Marie-Claude Martini participated intimately in this adventure, being one of the essential actors. She makes us the friendship to tell us the main episodes. Many players in the current cosmetics industry will probably recognize themselves in this story, whether they are themselves graduates of these courses, or for having participated in the memorable European Dermocosmetology Days as auditors or speakers, or at least for having heard about them. A big thank you to her. We will try in the near future to complete this work with a portrait of the main stakeholders. This is a call for volunteers who would like to contribute! Thank you in advance.

The history of the CED and the teaching of scientific cosmetology in Lyon have always been closely intertwined, especially at the time of their creation. The teaching of scientific cosmetology began in Lyon in the sixties under the impulse of three friends with complementary skills: - Professor Thiers, dermatologist at Édouard Herriot Hospital, - Marcel Gattefossé, CEO of the eponymous family company specialized in the transformation of fats and the extraction of essential oils, - Jean Cotte, Hospital Pharmacist Biologist, whose personal relations with L'Oréal facilitated contacts with industry.

This training was initially intended for pharmacists, some of whom were interested in the advice and distribution of dermopharmaceutical products, in the form of (paid) training days involving dermatologists, galenic professors and industrialists, including the main players in the Gattefossé Company. To shelter the sums received in a legal way, an association under the aegis of the law 1901 was created, baptized without complex: European Centre of Dermocosmetology (CED). The success of these days led to their transformation into a kind of annual, then biennial mini-congress, whose fame has become established over the years to reach the dimension of a real congress as we know it today*. The first sessions were extremely convivial, with visits to the cellars of Beaujolais, induction of some personalities… which undoubtedly contributed to make cosmetic science known and appreciated. The following were less playful, but increasingly popular for their scientific content, respecting the discipline and ethics of pharmacy, while preserving the gastronomic side.

In 1972, the theme of the sixth week was"Aging skin", while the theme of the seventh week in 1973 was"The hydroelectric balance of teguments". The study of hair and scalp followed in 1974, then"Microbes et peau" in 1976,"Innocuité et biétrie de la peau" in 1977… All these research subjects are still current and were, for the time, totally innovative.

At the same time, the Institut de Pharmacie Industrielle de Lyon (I.P.I.L), which is well known nationally and enjoys an excellent reputation, trained galenists for industry in particular, but wanted to develop various options. This is how a university teaching of Cosmetology was set up in 1967. The first class, in October 1969, was made up of only three students, of whom I was a part, while at the same time serving as a lecturer in toxicology. The practical work necessary for the study of the formulation took place in the premises of the Gattefossé Company under the baton of Geneviève Calmet, head of the cosmetics technology department. Theoretical teaching, provided jointly by industrialists and academics, was supplemented by internships in industry, successively in the laboratories of the Établissements Gattefossé in Lyon and those of the companies l'Oréal and Roc in Paris. The diploma given in 1970 was a certificate of Industrial Pharmacy option Cosmetology.

Jean Cotte, during this period, after obtaining the agrégation de Pharmacie galénique, had been appointed Professor of Pharmaceutical Technology and had taken over the management of the Institute of Industrial Pharmacy.

The success of the cosmetology option was growing and the Faculty of Pharmacy had no premises to devote to what it considered to be a minor activity, so it was necessary to find some elsewhere. The meeting between Professor Cotte and Professor Valet, in charge of the research department on macromolecules at the Faculty of Science and Director of the Technical Centre for Leather (CTC), provided the solution. A research cell worked at the CLC on collagen which provides the link with the teaching of cosmetology.

In 1973, at the request of Professor Cotte, I organized the practical work of the cosmetology option in the new premises as well as the start-up of a small research laboratory. Decidedly more interested in cosmetology than pharmacy, I requested and obtained a transfer to Galenic Pharmacy in 1974.

During the 1970s, a cosmetology course was developed in other faculties: in Nantes under the direction of Ms. De Roeck Professor of Galenic Pharmacy and at Paris XI, at the initiative of Mr Wepierre, Professor of Pharmacology who wished to deepen research in this field by creating a DEA. The Lyon Industrial Pharmacy Institute, in the form of its cosmetology option, has obviously joined forces with these academics to jointly deliver a DEA in cutaneous biology. Students were taught at all three sites. It was open to pharmacists, biologists and physicians. The number of students was limited for each site and the selection was severe. The DEA diploma was given in Paris. In Lyon, Professor Thivolet succeeded Professor Thiers in the dermatology department at Édouard Herriot Hospital.

The CED, for its part, had developed and was working under contract with the industry on various research themes, in particular on the identification of the properties of active ingredients and the efficacy of finished products. Collagen research was actively pursued with the development of a manufacturing unit within the Société anonyme de développement des utilisations du collagène (SADUC). It was at this time that the CTC created a research entity associating its own laboratories, the CED and SADUC, an association receiving a grant from the Ministry of Research, and bearing the name CERAD (Centre d'enseignement et de recherche appliquée en dermocosmétologie).

Little by little, the difficulties inherent to travel required by teaching in three different sites meant that the three associated universities separated to propose their own vision of cosmetics, but for several years coexisted two types of teaching, one of which presented a research orientation (DEA), the other a more professional orientation (DESS). The selection for the DESS was no less severe and in Lyon, it was not accepted more than 20 students, pharmacists or biologists, sometimes engineers from ITECH, former leather school then associated with textiles.

In 1976, the Ministry of Health asked Jean Cotte to represent France at the European Community level, which was drafting a Cosmetics Directive. I myself, along with a number of industrial laboratory heads, was part of the delegation that had to define methods of analysis for cosmetic products. This allowed us to get a preview of the requirements of the States and the progress of research, from which we were able to benefit, within the legal limits, the teaching given in Lyon.

The cosmetic products having been revalorized and considered as health products, I obtained in 1985 a position of Professor of Dermopharmacy and Cosmetology, the first of this qualification in France.

At the same time, the CED continued to develop, as much at the level of its congresses, the domain of Professor Cotte, as of its laboratory, for which I was responsible, capable of proposing methods adapted to the formulation, to the objectification of the effectiveness by instrumental measurements, to the demonstration of activity on cell culture. In 1993, the CTC changed direction, refocused its action on leather, abandoned research on collagen by dismissing the staff who were dedicated to it, built new premises from which we were excluded, it was necessary to find a fallback solution. On the other hand, the industrial contracts that partly supported the DEC, although more and more numerous, could no longer cover the costs caused by cell culture. The CED laboratory was thus repatriated within the walls of the Faculty with a more limited activity integrated with that of the university laboratory of Dermopharmacy and Cosmetology. Only a secretariat reserved for the organisation of congresses and external events remained in ITECH's premises for a few years until the School moved.

During the following years, the evolution of teaching was dictated by that of the cosmetics industry and it seemed essential to design a double training: technical and managerial. To this end, contacts were made with EM Lyon, one of the leading French business schools, with the aim of providing DESS students with mini-training adapted to the specific needs of the profession. The four-week, full-time course was a great success for both students and professionals. From that moment on, DEA teaching was abandoned in Lyon.

Relations with the Department of Dermatology at Édouard Herriot Hospital were not affected, either in terms of research with Marek Haftek or through the CED, which called upon Professor Claudy, Professor Thivolet's successor, for its conferences. His intervention on the interrelations between psyche and skin during the XXth European Days of Dermocosmetology in November 2000 is still remembered.

Professor Cotte was"admitted to retirement" in 1992, but worked as Professor Emeritus until 1995. After his departure, the IPIL management suffered some vicissitudes during several years, which had no influence on the DESS, entrusted to the good care of the Department of Dermopharmacy and Cosmetology. On the other hand, during the 2000s, the reform of higher education, transforming DESS into Masters, imposed a two-year teaching period, which led students in pharmacy to start the Masters at the same time as the 6th year. Selection has become more difficult since it was previously aimed at graduates and now only concerns students who have not yet graduated. I, in turn, gave way in 2002 to Marie-Alexandrine Bolzinger, currently Professor of Dermopharmacy and Cosmetology and Director of IPIL.

Although he ensured his succession by entrusting the CED to Alain Huc, then CEO of the Bioetica Company, the sudden death of Professor Cotte in 2004 left a considerable void. It is forever linked to the establishment of scientific cosmetics, which would not have seen the light of day so soon and so well, driven by his enthusiasm, his abundant ideas, his charisma, his intelligence and his long-term views.

The CED, increasingly independent of education, is dedicated to training and helping professionals by maintaining the very old congresses every two years under the name"European Dermocosmetology Days". The impulse given by the last Presidents: Alain Huc then Dominique Bouvier, CEO of Strand Cosmetic Europe, herself a graduate of IPIL's cosmetology option, has considerably evolved the association, which maintains close relations with the FEBEA, the SFC, the Protein Institute, the plastics training centre and ITECH, while maintaining its privileged relations with IPIL. The CED is present at important events such as In-Cosmetics fairs, IFSCC congresses, galenic pharmacy congresses. Every year, it organizes thematic days on various current topics, involving the best specialists in the field. It has definitely positioned itself as a scientific pole of excellence.

The CED is organising the XXVIIIth Dermocosmetology Days in Lyon on 30 and 31 January 2017 on the theme"Personalized and epigenetic genomics, the future of dermocosmetology?

Progress in our professions is not only due to science or technology, but is often associated with talented creators. Heidi ...

June 15, 2016 The Laboratory of Industrial Pharmacy and Cosmetology

There is quality university research in the field of cosmetics. It is often done through specialized centres that are little ...

Why a contribution dedicated to Madame de Roeck? Because some people have laid the foundations of scientific and university cosmetics ...

Why a contribution dedicated to Jean Morelle? Because he is the father of the synthesis and use of lipoamino acids ...

Among the operators in the nail polish world, French companies occupy a special place. Among them, Fiabila is an essential ...

The world of nail polish has long been concentrated on a limited number of societies in which important figures have ...