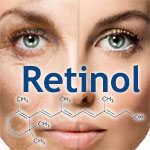 It is one of the most widely used anti-aging actives, and for the longest time. But if the efficacy of retinol (or vitamin A) has never been questioned, its safety of use and skin tolerance are much more doubtful. Cosmetics brands have taken this into account… and so have regulators.

Vitamin A is a liposoluble vitamin (soluble in fats). Its active form, also called retinol and directly usable by the body, can be found in its natural state in the animal kingdom, in particular in fish oil and liver. The plant kingdom only provides precursors of vitamin A (betacarotene or provitamin A).

In an article published in 2009 in the journal Annales de Dermatologie et de Vénéréologie, Dr Anny Cohen-Letessier described this molecule’s activity as follows: ‘Retinol reduces the cohesion of the stratum corneum, increases epidermal proliferation, normalizes the keratinization of pilosebaceous units, reduces the number of melanosomes, stimulates the production of collagen, elastin, and fibronectin, increases the glycosaminoglycans (GAGs) level and the number of Langerhans cells, decreases the activity of collagenase and gelatinase (MMPs).’

Scientifically proven, the action of retinol has effects both on the surface of the skin and in the dermis, to fight different signs of skin aging – among others.
On the epidermis, it has an exfoliating effect, removes dead cells, and stimulates cell renewal, to refine skin texture and enhance the complexion’s radiance. Given its antioxidant potential, it also fights against free radicals, these aging factors (in particular those induced by the exposure to the sun’s UV rays). In addition, it acts on the regulation of melanocytes, the cells that pigment the skin and eventually create dark spots, and it is anti-inflammatory.
As it penetrates more deeply into the skin, it stimulates the production of collagen and elastin, the ‘structuring’ elements of the skin, to make it more flexible, firm, and elastic, while boosting its content in hyaluronic acid.
In a nutshell, retinol is a multifunctional anti-aging agent and a very good anti-wrinkle agent… which easily explains why cosmetics brands have always shown interest in it.

We need to go back to 3500 B.C. to find traces of the use of several forms of retinol: it is said that the Egyptians applied ox liver compresses on blind men’s eyes to cure blindness… And both Assyrian medicine treaties (700 B.C.) and Hippocrates also mentioned its properties.

‘Discovered’ in 1913 by American researchers, the molecule was isolated in 1931 for the first time with mackerel liver oil by a Swiss chemist, Paul Karrer, who was then able to establish its molecular structure.

As soon as the 60s, retinol was widely used to treat acne. Its exfoliating effect, which refines the stratum corneum, helps unblock pores, regulates the keratinization process, and reduces the appearance of wrinkles.

However, it is its action against the damage done to the dermis due to age, and its effects on the skin texture that very quickly made brands add it to cosmetics formulas, in particular Lancaster and RoC.
In the 90s, retinol was the star active in anti-aging cosmetics. And it is still very present today, along with fruit acids, hyaluronic acid, antioxidants, and peptides…

But retinol does not just rejuvenate and revive the skin: it also has a more… irritant side, in all meanings of the term.
Indeed, if it is well-tolerated by thick, oily epidermises, thin and dry skins – like most mature skins – are much more sensitive to it. For example, it is often recommended on anti-aging skincare products based on retinol to start with applications every two to three days, before considering using them on a daily basis. But even this way, the treatment is usually not well-tolerated by sensitive skins.

Today, cosmetics brands offer solutions to benefit from the properties of retinol by minimizing its irritant effects with other forms of vitamin A, like better-tolerated Retinaldehyde, by encapsulating the molecule, so that it penetrates more gradually into the skin, by associating retinol to other anti-aging actives, etc.
All these options enhance the skin tolerance of this ingredient, although a few concerns are still relevant.

Generally speaking, for it to be efficient, retinol makes up 0.3% of face and hand creams. And yet, in 2013, the Norwegian sanitary safety authorities, the VKM, published the results of a study stating undesirable skin effects might appear locally after applying retinol at concentrations of 0.075%…

Beyond skin tolerance issues, vitamin A has another specificity: it can trigger undesirable effects on human health in two situations – when our bodies lack this vitamin, or when it contains too high a dose of it.
In this case, it can have different effects depending on people’s age or period in life: babies’ fontanelle swells, bone density decreases and the risk of fractures rises in adult and aged women, teratogenic effects are observed in women of reproductive age, the liver is altered, so is the lipid metabolism in adults…

The most important sources of vitamin A are food, food supplements, and cosmetics. And right now, cosmetics regulations do not impose any concentration limit to the use of retinol, whether in rinse-off or leave-on products.
In 2012, Germany asked Europe for a safety assessment of this ingredient in cosmetics, explaining that 'the use of retinol and its esters in cosmetics should be restricted in view of increasing number of products containing Vitamin A, increasing concentrations and/or greater penetration (e.g. as a result of packaging in liposomes) and the fact that the UL is already exceeded by some parts of the population.'

The SCCS (European Scientific Committee on Consumer Safety) based its May 2016 Opinion on the maximum tolerable levels of ingestion.  [ID 3791]
And the experts were divided on the issue: if they stated 0.3% concentrations in hand and face creams and rinse-off products are ' per se' , safe, they added that 'at the maximum-notified concentrations, the use of hand and face cream products, rinse-off products, body lotion and cosmetic products for lips may lead to exceeding the tolerable upper intake levels.'

Now, let’s wait and see how the European Commission will interpret this Opinion and decide or not to regulate vitamin A and its derivatives in cosmetics.