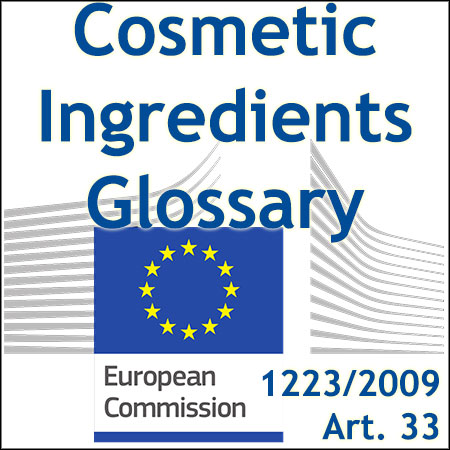 The glossary of common ingredient names for use in the labelling of cosmetic products has just been published in European Commission Decision 2019/701. It includes 26491 names of cosmetic ingredients under their INCI denominations but no CAS numbers or other means of identifying them, does not constitute a list of authorized substances and indeed includes some that are prohibited, and becomes the new mandatory reference… even if it is not easily usable.

Article 33 of Cosmetics Regulation 1223/2009 has given the European Commission the task of establishing and updating a glossary of common ingredient names.
First of all, it should be noted that it does not constitute a list of substances authorised for use in cosmetic products. In fact, it contains some substances that have been banned, sometimes for several years, such as Isobutylparaben and Isopropylparaben, 3-Benzylidene camphor, Diethylene glycol, PABA…

The identification of substances at the trapdoor

More disturbing, unlike the equivalent of Article 5bis of the former Cosmetics Directive, which stated that the inventory should contain information concerning the identity of the ingredient, its function(s) and any restrictions, Article 33 of the Regulation only stipulates that the Commission must take into account internationally recognised classifications, and in particular the INCI classification.
In the text of its Decision, the Commission notes that the requirements of Article 5bis of the old Directive go beyond those set out in Article 33 of the Regulation. Exit thus the information for identifying ingredients, only a raw list of 26491 INCI names remains. Is it to simplify the work to the extreme, or a lack of interest on the subject by the Commission? What tools are left to accurately identify ingredients before labelling them? The CosIng? We know that this is not an official database and that it still contains errors. The PCPC Dictionary? It is not free and far from being within everyone’s reach…

Nevertheless, this glossary, however useless it may be, becomes the mandatory reference for the proper labelling of ingredient lists and is applicable from 8 May 2020.

To go further
• See the text of Commission Decision (EU) 2019/701 of 5 April 2019 eestablishing a glossary of common ingredient names for use in the labelling of cosmetic products, and its annex (the glossary), on the European Commission’s website 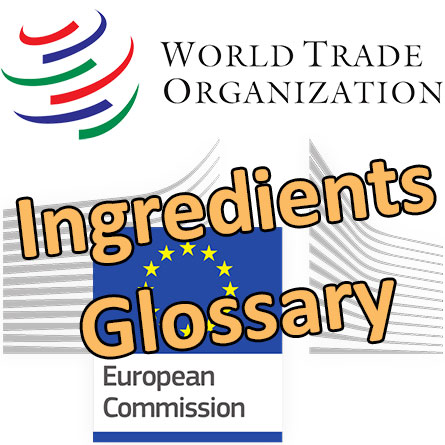 A new glossary of cosmetic ingredients soon to be adopted pro

On 20 December 2018, the European Union transmitted to the WTO a draft Decision to establish a glossary of common ingredient names for use in the labelling of cosmetic products, with 26491 entries. This Decision should be adopted by the end of the first quarter of 2019.

Brazil is a member of Mercosur (El Mercado Común del Sur) along with Argentina, Uruguay and Paraguay. This entity issues ...

Canada has just updated its Cosmetic Ingredient Hotlist (Prohibited and Restricted), which is now available on Health Canada’s website. As ...

As part of its partnership with CosmeticOBS, Business France is unveiling the new Cosmetics Supervision and Administration Regulations (CSAR), ...

While their first start was a bit slow, the CMR Omnibus now looks like a moving train. Scheduled to arrive ...

As part of its partnership with CosmeticOBS, Business France reports a proposal for a revision of the Indonesian National Regulation ...

As part of its partnership with CosmeticOBS, Business France reports that the Andean Community (Bolivia, Colombia, Ecuador, Peru) has published ...

As part of its partnership with CosmeticOBS, Business France reports that the ASEAN Cosmetic Scientific Body (ACSB) has made several ...

In South Korea, cosmetics regulations are governed by the Cosmetic Act, a very general text that serves as a legal ...

As the deadline for the UK’s withdrawal from the EU on 31 October 2019 is approaching, ECHA urges companies to act and prepare for ...

On August 8, 2019, the Republic of Korea notified the WTO of a text to amend the Regulation on Safety Standards for ...