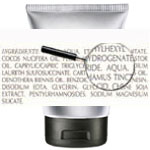 A thorough look at the ingredients is the only way to "comprehend" a cosmetic product (far more true and precise than any sales points or advertising!). However, it is not that easy: quite often, first, lay your hands on a powerful magnifier. Then you have to learn how to decipher the label. Underneath some clues to help you understand the list of ingredients …

Manufacturers have to list all the ingredients, with their INCI name (this is the international nomenclature), top to bottom with the most important one by weight when manufactured being on the top. The list shall come under the title: "Ingredients".

The international nomenclature of cosmetic ingredients is very useful: it lists every ingredient in beauty and hygiene products by giving them a unique name the world over. This is essential and successful at knowing exactly which ingredient is used.

However, the official name may seem mysterious. Cosmetic ingredients come under words derived from Latin, English, chemistry or botany, which the average consumer may not understand. Who can know that Butyrospermum parkii is, in fact, a nice Shea Butter? Who knows that Caprylic/Capric Triglyceride means a skin moisturizing agent? Not to mention some tricky words or false friends, as the well known Hydrogenated Castor Oil, which, in fact, is hydrogenated castor (the plant) oil, in English, but could be understood as oil from beaver (the animal called castor in French)!

The translation of an INCI list in English needs to have a good lexicon … sometimes it is not enough. Is it useful to know that Benzophenone-3 is oxybenzone, if not specified it is a UV blocking filter? And that it is among the most powerful allergenic products, even more thought to be toxic for health? For sure, the label won't say everything. To get the right information, a consumer must try and find help from valuable sources of information, such as by looking at the many pages of this website dedicated to ingredients.

The most important ingredients by weight or percentage are listed at the top; this means that, if "Aqua" is the first ingredient, the product contains more water than any other ingredient.
An "Argan Oil Cream" in which the second ingredient is Paraffinum Liquidum, while Argania Spinosa Kernel Oil is only nbr 6 or 7, contains far more mineral oil produced by petrochemistry than vegetable and natural argan oil … Interesting to know: as a general matter, the first 3 or four ingredients make for more than 80% of the product.

The top-to-bottom principle is a rule…with some exceptions:
• Ingredients present at less than 1% may be mentioned by any order. That means an active ingredient at 0.01% may be listed above a solvent at 0.99% of the product. Nothing to help us know when the list deals with less than the 1% threshold: no need to write percentages.The only markers for the 1% limit which can help are the products whose the maximum allowed content is 1%, as for Phenoxyethanol, for instance …
• For make-up products, colorants may be mentioned by any order, and after other ingredients, whatever their percentage. They are often listed with their "Colour Index" number, and are seen as CI followed by 5 figures. CI 75100, for example, is a yellow colorant. That is why in a programme of make-up products with different shades, all the colorants used in the entire programme may be mentioned, even if not present in the specific product the consumer is to use. There are then mentioned as "May contain" and the "+/-" symbol.

All the ingredients shall be listed … but there are some exceptions. Some molecules are not considered as ingredients and may not be listed, even when they give rise to some questions … Three kinds of substances may be ignored:
• Impurities in the raw materials (which may be allergenic …)
• Technical additives used during manufacturing, but, which are not found in the end product (except for traces …)
• Substances used in much needed quantities as solvents or carriers of fragrances and aromatic formula (among them, phthalates, probable endocrine disruptors) …)