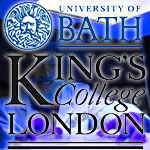 Researchers from University of Bath and with King’s College London announce they developed a new compound that London offers unprecedented protection against the harmful effects of UVA radiation in sunlight, which include photo-ageing, cell damage and cancer. They hope to see it added to sunscreens and skin care products within 3-4 years.

Most sunscreens on the market protect well against solar UVB radiation but have limited effectiveness against UVA-induced damage, relying on the reflective properties of creams to defend against dangerous UVA rays.

According to the researchers from the Department of Pharmacy and Pharmacology at University of Bath, working with colleagues at Kings College London, the compound they developed, called the ‘mitoiron claw’ by the team, offers strong protection within our cells precisely where the greatest damage from UVA occurs, and doesn’t interfere with rest of the cell.

Free iron concentration is particularly high within mitochondria, the batteries of the cell, where it is needed for several vital functions. However upon exposure to UVA in sunlight, excess free iron acts as a catalyst for the production of toxic reactive oxygen species (ROS), damaging cell components such as DNA, fat and proteins thereby increasing the risk of cell death and cancer.

However this custom-designed iron chelator (a molecule that binds to an iron atom like a claw) moves directly to mitochondria where it safely binds the excess free iron, preventing it from reacting upon exposure to UVA rays.

Dr Charareh Pourzand, from the Department of Pharmacy and Pharmacology at the University of Bath, said: ‘The role of iron-mediated damage induced upon exposure of skin cells to UVA has been underestimated for many years. For efficient protection against UVA-induced iron damage of skin strong chelators are needed, but until now these risked toxic effects caused by non-targeted iron starvation of cells. Our mitochondria-targeted compound provides a solution to this problem and can address an unmet need in the skincare and sunscreen fields. This mitoiron claw is a highly effective compound, offering unprecedented protection against UVA-induced mitochondrial damage.’

The British scientists hope to see the mitoiron claw compound added to sunscreens and skin care products within 3-4 years. The research is published in the Journal of Investigative Dermatology.

About 8 million metric tons of plastic waste winds up in the oceans every year — bottles, bags and doo-dads including those ...

New research has found that caffeine from coffee may help to prevent rosacea, a common chronic inflammatory skin disease where ...

July 18, 2018 Mineral oils in cosmetics: Health risks are not to be expected (BfR)

July 9, 2018 Moisturiser with SPF less effective than a sunscreen to protect skin

If you’re using moisturizer with SPF instead of sunscreen you may not be sufficiently protecting your skin, warns study. New ...

RIVM has just published the results of its recent study on parabens. The Netherlands National Institute for Public Health and ...

According to a study carried out by the National Institute for Public Health and the Environment (RIVM), health effects due ...

Within the framework of the environmental respect we study a ginger extract obtained with supercritical fluids and more particularly CO₂. ...

June 15, 2016 Sunscreens: a scientific paper in favour of nanos

The report, published in the Medical Journal of Australia, is authored by Paul Wright of RMIT University in Melbourne ...

Researchers at the University of Cincinnati (UC) are presenting collaborative research on the use of mathematical methods for understanding the ...

May 19, 2016 The subtle effects of nanoparticles on oxidative stress genes

A nanoparticle can have subtle effects on the activity of genes expressing enzymes that address oxidative stress inside two types ...