When used properly, sun creams do not block the synthesis of vitamin D Add to my portfolio
pro subscription only feature
see our subscription plans 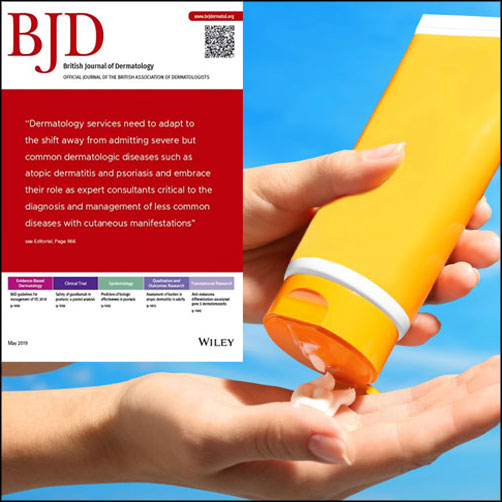 Should we choose between preventing sunburn and the development of skin cancer with sunscreen, or expose ourselves without protection to promote the synthesis of the essential vitamin D? The debate is not new, but it has just been enriched by a new element. According to a study published in the British Journal of Dermatology, optimal use of a sunscreen product when exposed to a high UV index helps both to avoid sunburn and to increase its vitamin D level.

Sunlight contains UVA and UVB rays. It is these UVBs that trigger the process of vitamin D synthesis, which is essential for strong bones and has many other health benefits. About 80% of our vitamin D comes from our UVB exposure.
But these same UVBs are also responsible for sunburn and can induce DNA damage and skin cancer. And it is quite frequently accepted that sun products, which act as a screen between the sun’s rays and the skin, prevent UVBs from acting, both on the formation of sunburn and on the synthesis of vitamin D.
This is what this study challenges. According to its authors, the proper use of sunscreen products, on the contrary, provides good protection from the harmful effects of UV rays, without compromising the production of this precious vitamin.

A week under the Tenerife sun

The impact of sunscreen on vitamin D levels was measured on Polish volunteers during a very sunny summer week, under a latitude where the UV index is very high.
Two products were compared, both of SPF (anti-UBV protection) 15, but one with high UVA protection and the other with low UVA protection. The volunteers were also given instructions on how to apply these products correctly, including the amount needed (the vast majority of people apply far less sunscreen than recommended) and the uniformity of application.
Comparisons were also made with a third group of volunteers who were not instructed, and a fourth group who remained in Poland.

Not surprisingly, the group that remained in Poland did not see their vitamin D level increase.
For the three groups exposed to the Tenerife sun, on the other hand, this level was indeed increased, but in different proportions:
• The group of volunteers for whom no application instructions had been given recorded the largest increase… but also suffered sunburn
• The two groups that applied their sunscreen correctly also saw their vitamin D levels increase slightly less but still significantly, especially since UVA protection was high, according to the authors of the study, due to higher UVB transmission

Conclusion: Sun products, when used optimally, effectively protect against the harmful effects of UV rays, without preventing the synthesis of vitamin D. Another reason never to do without it!

This is the second study sponsored by the US Food & Drugs Administration (FDA) on the subject. It measured the ...