Cosmetics 360®: to infinity and beyond pro Add to my portfolio
pro subscription only feature
see our subscription plans 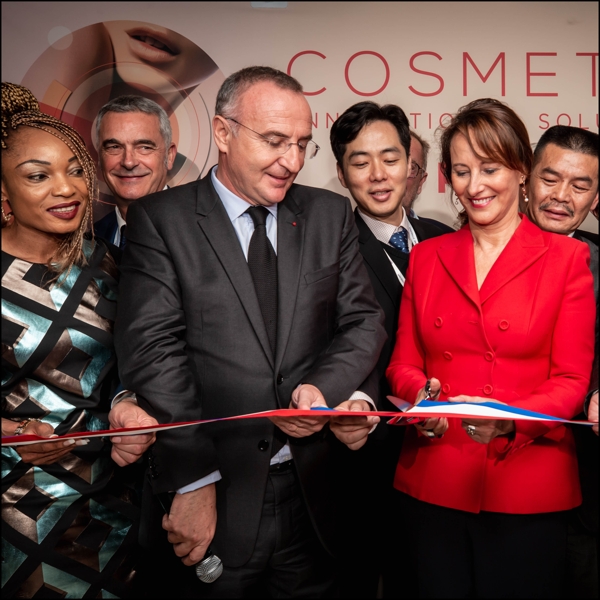 A successful fifth edition of Cosmetics 360. For two days, the Carrousel du Louvre vibrated to the rhythm of 220 exhibitors from all over the world. Marc-Antoine Jamet, President of Cosmetic Valley (organizer of the event), welcomed the expansion of the event, but hopes to go even further.

“With Cosmetics 360® 2019, a new milestone has been reached. That of maturity, rootedness, benchmarks”, said Marc-Antoine Jamet at the press conference. “This event has become so important on the cosmetics agenda that professionals are talking about’Cosmetic Week’ and planning meetings and seminars on the sidelines of the show. This year, we opened the door to our competitors. Instead of adopting a cautious attitude, we display a victorious posture. Be careful, not arrogant or hegemonic. But since we are leaders, we are not worried about the Chinese, Japanese, Taiwanese or American representation force.”

The entire exhibition was organised around environmental issues.  Suppliers of biosourced ingredients and manufacturers of eco-responsible packaging were present. The conferences were also oriented in this direction.  “CSR is essential in our business today. We are in favour of product safety, transparency and respect for the environment,” he added. “This is why we have chosen Ségolène Royal as our sponsor for this edition. She is not only the President of COP 21 and former Minister of the Environment, she is a committed woman whose presence makes sense.”*

For Christophe Masson, General Manager of Cosmetic Valley, “this show is the ...