Biodiversity, a tool to enhance brands’ image Add to my portfolio
pro subscription only feature
see our subscription plans 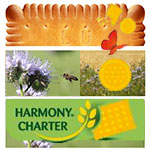 Preserving biodiversity has become both a moral obligation towards our planet and a regulatory requirement, since the Nagoya Protocol was signed, as soon as genetic resources are used to develop new products. But it can also be an opportunity for brands - including cosmetics - to enhance their public image and provide an added value. At the ‘Beauty of Sourcing with Respect’ conference held by the UEBT in Paris last May 26, 2016, Flora Schmitlin came to illustrate this point, taking the example of the LU biscuits.

Every single Frenchman or woman knows the ‘Petit LU’, which taste like their childhood, and whose ears they like crunching first, before gobbling up the whole biscuit. But since 2009, what used to be just a very popular snack has reached a new dimension, with the creation of the ‘Harmony’ branch and its commitment to biodiversity.

It all started with a product life cycle analysis and an assessment of the environmental impact of the company. The findings were clear: 70% of the impact came from the main raw material, wheat. So, it was with this ingredient and its production that the group decided to make a difference.

A charter was drafted with the help of experts, NGOs like Noé Conservation, agronomists, environment specialists, and research centres. It works according to four principles:
• A partnership with farmers selected in France as close as possible to the manufacturing sites, and who undertake to cultivate wheat in accordance with the charter’s principles
• More sustainable farming practices, like the selection of parcels depending on the wheat variety, the cultural precedent and soil preparation, a reasoned use of pesticides…
• Specific actions to protect the local biodiversity, with the creation of flowered areas in intercultivation or alongside the wheat fields (at least 3% of the parcel) to provide pollinating insects with the pollen and nectar they need to feed themselves on
• The traceability of ‘Harmony’ wheat grains down to the biscuits, with a cultivation sheet indicating the details of all the actions carried out on the wheat parcels, all the treatments used, the doses, etc.

A few figures on the branch

The results of this commitment can be measured. Today:
• 75% of the biscuits sold in Europe come from the Harmony branch
• 2,269 farmers are partners and produce 230,000 tonnes of wheat flour
• The pesticide treatment frequency index is 22% lower than the national average
• Out of the 26,000 wheat hectares planted in 2014, 700 were dedicated to the flowered areas, which represents 4.5% of the total area of covered spaces designed for apiculture listed by that date throughout France, according to the Réseau Biodiversité pour les Abeilles (a professional organization for the protection of bees)
• In 2015, 14 million bees and 32 butterfly species were counted around these parcels

These results are definitely positive. But it still remained for the brand to make them known to the general public to capitalize on their attractiveness and enhance Petit LU’s image.

A 360° awareness campaign was then launched, including:
• Short advertizing spots in the TV media, with butterflies flying over wheat fields to make people associate the notions of ‘local biodiversity’ and ‘LU biscuits’
• Press articles and a presence in shows, with the help of KOLs (Key Opinion Leaders)
• Digital campaigns reminding of the importance of pollination, like ‘Je sème un Like ‘ (‘I sow a Like’) on Facebook (a simple concept: one Like = a bunch of flowers sown to add the biodiversity of cities to the biodiversity of the country – 220,000 Likes made it possible to plant 22,000 m 2 of flowers in ten partner cities), or videos on YouTube staging a world where apples do not exist because of the absence of pollinating insects
• Displays and animations in-store

… to reap the benefits

The brand did not have to wait too long to get results. Biscuit sales showed a 9% rise in 2010, 8% in 2013. LU became French people’s favourite brand, and the purchase intentions associated with the Harmony branch got 10 points more than the others.
And the brand gained consumers’ trust and enhanced its image in terms of quality, sustainability, biodiversity, local commitment…

Petit LU… or how to provide evidence that committing to protect the biodiversity is a winning-winning bet: for the health of our planet and its inhabitants… but also for that of companies’ turnover! 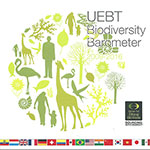 Since 2009, UEBT (Union for Ethical BioTrade) assessed awareness of biodiversity, and interest in ethical sourcing in 16 different countries. Eight years of research, among 54,000 people, and hundreds of leading companies, has provided several valuable insights that may guide companies and governments in their approaches towards people and biodiversity. The UEBT Biodiversity Barometer 2016 was presented ...

For several years, the issue of corporate social responsibility in the cosmetics industry has been one of the hot topics. ...

Dec. 16, 2019 The ecotoxicology of cosmetic ingredients, between myth, science and regulation p

How to assess the real ecotoxicity of cosmetic ingredients and their effects on the environment? How can we measure their ...

The Nagoya Protocol, which entered into force on 12 October 2014, aims to guarantee the sovereignty of countries over their biological resources. While ...

Dec. 3, 2019 Which restrictions to expect for microplastics? p

Nov. 26, 2019 Challenges for the Agency and inspection reports: the ANSM news p

Transparency and publication of data, management of alerts, follow-up to the Health Police Decision on phenoxyethanol, alert on products containing ...

They control products safety, compliance with regulations that prohibit or limit the use of certain cosmetic ingredients, the veracity and ...

Is the definition of a cosmetic product set out in Regulation 1223/2009 still adapted to the increasingly innovative products offered by industry? ...

It is highly anticipated, and in many ways sometimes feared, because it can involve changes in fragrance formulations and certificates. ...

At the end of October, a further postponement of Brexit, the United Kingdom’s exit from the European Union, was validated. ...