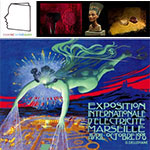 In recent years, the study of electrical currents that can be used for beauty care has given rise to in-depth research and has contributed to the creation of a new technical specialization: aesthetic or electro-aesthetic electricity. In addition to the many existing devices in the aesthetic cabin environment, a few devices for home use have been proposed.

In fact, the use of electricity in beauty techniques is organized around two major principles which are electrostimulation and iontophoresis. Another application, very different from the previous ones, focuses on hair removal techniques.

The principle of electrostimulation is to stimulate the peripheral nerve fibres of the muscles by means of brief electrical pulses transmitted by electrodes placed on the surface of the skin. Electrical impulses stimulate different types of nerve fibres: - motor nerve with, for effect, to impose a mechanical muscular response (musculation) ; - certain types of sensitive nerve fibres, to obtain analgesic and endorphinic effects (painkillers, massage).

The electrical impulses electrostimulate the affected muscle groups, tone them and strengthen them. The health benefits are mainly at the level of muscle strengthening and tonicity.

There are some devices, but almost all have electrode systems with a wired connection. They remain delicate to use. One can quote the device Bluetens™, controllable with a Smartphone application. Slendertone is the market leader in home beauty products under the name Slendertone Face. In a way, this is the opposite of Botox®. It is therefore not necessary to seek anti-wrinkle effects by these techniques, but rather an improvement in facial tone and ovality.

It is presented as an anti-aging product for women, consisting of an ultra-light helmet that generates electrical stimuli to tone the face and its ten muscle groups. Facial muscles require a very specific and difficult exercise to perform alone, unlike other muscles in the body. Slendertone Face strengthens the facial structure by restoring volume to the muscles. The result claimed by the manufacturer is a firmer, younger and more toned face.

The main advantages of electrostimulation are multiple and global. There is mainly an improvement in the firmness and tone of the skin by an action on the septums which fix it to the skin muscles, but also an action on peripheral microcirculation and cellular regeneration. An iontophoresis effect improves the bioavailability of active agents.

This is an old technique using a low electrical current (< 0.5 mA/cm  2 ) to pass certain molecules for therapeutic purposes through the skin, or to extract others for diagnostic purposes: this is called reverse iontophoresis. It has been commonly used for several decades in different applications: by physiotherapists for example for tendinitis (with NSAIDs or corticosteroids), during sweat tests (with pilocarpine to stimulate the sweat glands), in the treatment of excessive sweating or in ophthalmology for the treatment of bacterial or viral corneal infections.

In the world of beauty, it is its role concerning the amplification of percutaneous absorption that was initially sought. Mainly implemented with wired applications, the use remains rather complicated, confining these techniques to the practice or the institute.

They have seen a revival of interest with the appearance of electrical patches in the early 2000s. These devices were in the form of a multilayer material fixed on a support the thickness of a sheet of paper. An anode and a cathode in contact with the skin made it possible to circulate micro-currents of low intensities (from 1 to 5 mV/cm²).

The benefits delivered by these devices are on two levels: moderate electrostimulation activity and an iontophoresis effect to improve skin impregnation of candidate molecules. These are mainly molecules with a polar charge allowing attraction or repulsion depending on the case. One can cite biopeptides or certain oligosaccharides. Other beauty benefits have gradually been described: anti-wrinkle, complexion improvement, penetration of active ingredients, etc., making these devices global and usable alone or in conjunction with other topical products.

This technology still exists today through products marketed under the names of Iontoteam™ or the Patch FeeliGold™. This last device is the most interesting. It was developed by Feeligreen. It consists of a device based on an alkaline battery integrated into a patch to be applied to the skin. The voltage generator delivers a low current through the skin through a system of voters located in the stamp (EP294347 A1). The characteristic of this device lies in the fact that a self-regulator varies the voltage delivered by the generator according to the continuous measurement of the resistivity of the skin. In addition, special work was carried out on the nature of the materials used, making the device perfectly biocompatible. Finally, its much more affordable price than the first devices, exaggeratedly expensive, should make it easier to access.

Recently, these technologies have also been documented*. with respect to new properties such as promoting the release of growth factors under the effect of micro-currents.

In addition to"wax heating" using electricity, this energy source is used in direct hair removal techniques. The process consists of sliding a fine needle into the pilosebaceous follicle, transmitting an electric current. This current destroys the hair bulb either by electrocoagulation (destruction by heat, also called thermo-coagulation), or by electrolysis (destruction by chemical reaction), depending on the nature of the current. These are techniques that must be performed in the cabin by a qualified operator. However, there are a few home appliances. Very slow and more painful, electric hair removal is more and more replaced by other techniques, laser or pulsed light.

Very popular since their availability to the general public, these devices already existed in other forms and for other indications, in certain professional care centers (in particular for hair removal or electrotherapy). They are based on the phenomenon of displacement of ions in skin tissues, supposed to influence cellular metabolism.

The device is small and fits easily in the hand. It is composed of a body (handle) and a disk head (electrode) on which has just fixed a cotton square. Several buttons on the handle allow you to choose the desired program and intensity. In concrete terms, these are polar electrical reactions of the magnet type, which will therefore suck or push compounds to the surface of the skin or stimulate the skin, depending on the desired effect. The sessions are totally painless. Depending on the mode chosen (and thus the electrical pole), different actions can be taken, for example : - vasodilator effect (dilates the skin's orifices) and thus relieves blockage ; - vasoconstrictor effect (contracts the skin orifices) and thus astringent ; - massaging effect (activation of blood circulation) and thus stimulating ; - push" effect (pushes products deeper into the skin according to the magnet principle), and therefore useful for moisturizing or smoothing skin care, for example; - Stick" effect (attracts a compound to the surface of the skin according to the magnet principle), and thus useful for example to"suck in" sebum and purify the skin.

The different modes can be alternated to cover a whole routine. The products used are liquid (aqueous) and must contain electrolytes to conduct the ions. These are lotions, with which a cotton disc is impregnated and placed on the electrode. The electrode is then walked on the skin for a given time to obtain the desired effect.

- The promises An optimized skin cleansing, a better penetration of the care and thus a tenfold effectiveness. - For whom? For those who want to enjoy their facials more fully (if at all possible). For those who want to add a reassuring"technological" side to their care routine. For mature skin that needs more stimulation to absorb care. - Is it effective? It is difficult to objectively measure the effectiveness of electrolysis equipment. The principle works perfectly in theory, but what about an objective measurement in terms of cosmetic result? - Is it safe to use? But even more than their effectiveness, we can wonder about their safety. The principle of electrolysis being the decomposition/recombination of molecules (the electrolysis of a salt water solution releases either dihydrogen or chlorine, depending on the direction of polarity), what toxic compounds could the lotions used release in the air and on the skin under the action of electrolysis? I do not have the answer… The use of electrolysis devices is strongly discouraged in pregnant women but also in cases of cardiovascular or infectious disease, tumor, blood pressure disorders, during menstruation, under the influence of alcohol or medication, if we have metal implants under the skin… but without more details from the manufacturers on why these restrictions… - The devices The best known is the Hada Crie from the Japanese brand Hitachi, available only in Japan. However, they can be obtained via certain Internet sites. In Europe, the only devices of this type concern the field of hair removal, but no electro-beauty manufacturer seems to have embarked on the adventure. Any other outstanding safety issues? Again, if you have information on this type of device marketed by a European brand, do not hesitate to mention it in comment.