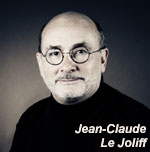 These terms are more and more frequently used when certain players in our trade express their concerns. They even end up constituting a unique way of thinking that would replace the previous one. For this note, I drew inspiration from Jacques Sebag’s relevant article in Expression Cosmétique #48, in which, after a few reminders, including about Pickering emulsions, he discusses a few concepts around new ingredients.

As far as Pickering emulsions are concerned, we are almost in the same situation as Molière’s character Mr Jourdain, because without even knowing it, formulators used to apply this concept, consciously or not, by adding charged particles to certain formulas: Aérosil are nothing new! If things get more accurately structured around the concept, that is for the best. It seems that the substances under debate are particularly interesting. Still, be careful with the nano concept, which is the actual new fact!

Then, he discusses the notion of ‘minimalist formula’, i.e. those made with a limited number of ingredients. This concept, already developed by a few brands (solution 10 by Chanel) and selected as the core theme of the Cosmétagora show formulation competition, ‘formulating with 10 ingredients for the 10 th anniversary of Cosmétagora’, follows the form-simplification trend. The Cosmétagora competition showed it is perfectly possible.

Is this approach new? In fact, not really.

Let me remind you of a time some of you may not have known, when manufacturers strived hard to offer formulation bases in which the only thing to do was add simple ingredients like oil or water to get a finished product. This was called Protegin, Emulzone, self-emulsifiable bases, etc.

Under the pressure of various factors, these practices gradually disappeared, and even if in certain cases, you can find ingredients at the very end of catalogues, they are hardly ever used today. Better ingredient control, cost optimization, development of regulatory constraints, optimization of ingredient portfolios, search for approach certification… All this gradually led formulators to go back up to the first phases of the formulation cycle, up to basic ingredients. This trend grew so strong that, due to a pendulum effect, it resulted in plethoric formulas long like days that never end, in which the list of ingredients sometimes occupies several sides of the packaging.

This question was already pointed out, for example when the ‘free from’ trend emerged. It now takes on its full meaning. Reduction of development deadlines, product multiplication, boxes, effect of K-Beauty… companies now need to go as fast as ever, by doing their best to do very well! … ‘Well’ meaning ‘stable’ (or does it???) and ‘safe’, let alone ‘pleasant’ (texture).

One way or the other, this trend has led to the re-appearance of these famous ‘formulation bases’ to which you only need to add a few elements, in particular functional ingredients like actives, so that the product is over and done with.

I have no problem with these practices, since I followed and recommended them much often over the years. The only question right now is to know whether you should buy these bases or make them yourself. But would that not be like returning to some form of mixology? Physicochemistry fundamentals should by no means be forgotten, and we should act so that these formula systems make us go back to a few years ago, when there was a total absence of control, and especially of understanding of the phenomena involved. Making things simple is one thing, making them simplistic is another.

In his paper, Jacques suggests that innovation is rather focused on textures than actives: why not! That is for the best, except brands’ appetence for scientific concepts should not be overlooked. We should make sure the use of particularly robust specialties in terms of formulation, which make it possible to do things very quickly and simply, does not lead formulators to do just anything, whatever the way it is done, as long as it can get mixed – the basic concept of mixology!!!!! For formulators to be at the core of product development, they should understand concepts and the effects they involve.

In another article , this notion of quick development is tackled from the angle of the use of initial formulas. We have already discussed this practice under the same heading . There is no doubt it is an essential question and preserving the technical elements in products already developed is becoming more and more important to record and store. This notion is actually reinforced by the idea that one day, we might use artificial intelligence in the development phase. The thing that we seem to lack most right now is not the ingredient offering (it is quite excessive really), but a very specific ingredient: time!!! As soon as it is over, we move on and quickly forget what happened. La Cosmétothèque tries not to forget about all this, but please help us!
One last condition: a close collaboration between suppliers and formulators , and no substitution!

So, indeed, formulating differently is a real need, but not formulating with just any practices. Good luck to all of you.