Of all the products for children, the ones from Ouate are the ones we prefer! Add to my portfolio
pro subscription only feature
see our subscription plans 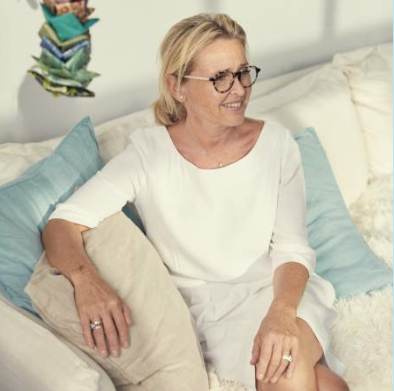 While the baby cosmetics market is saturated, the market for children aged 4 to 11 is a little less so. It is therefore to respond to this lack that Astrid Mauduit embarked on a career in cosmetics, with a brand marked by softness: Ouate The “kids friendly” brand, which has been on sale since January 2019 on its e-commerce site, was on display until the end of March 2019 at the Beaugrenelle shopping centre in the 15th arrondissement of Paris.

Astrid Mauduit does not have the classic background of a brand designer. She doesn’t come out of a business school with a great idea of a start-up and hasn’t worked for years for a cosmetic brand either…no, she comes from the packaging sector!
An engineer by training, she spent most of her career with the Pochet group, then joined the Albéa group.

“I’ve always had an exacerbated beauty profile. For years I have been designing packs for the cosmetics industry. I was raised in the good grain of luxury brands where I learned the requirement of work well done, well thought out,” she says.

More than fulfilled in her professional activity, Astrid Mauduit does not hide that she has always wanted to be an entrepreneur. “My parents taught me the importance of investing in work. But it is true that, as we get older, the desire to undertake and support my own project has really started to make itself felt,” explains Astrid Mauduit. “I was in a quest for meaning and transmission. I am the mother of four daughters, and it is true that because of my career, I have not been able to be with them as much as I would have liked. So I started to wonder how to reconcile my life as a woman, as a mother and keep having fun while working.”

That’s when the idea of creating a cosmetics brand began to sprout in his mind.
A significant element in the genesis of the story, Astrid Mauduit remembers having been initiated, as a little girl, by her mother, into the rituals of care. It is a gesture she perpetrated with her own children, not without difficulty, since few care products are available for children aged 4 to 12.
“I quickly realized that this little beauty routine was not very common among children. But why? Their skin doesn’t need it? I started digging into the subject and met with dermatologists to find out if I was wrong. On the contrary, many encouraged me by explaining that a majority of children did not know how to take care of their skin, because they simply did not know the right things. Convinced of the validity of these gestures of care, I decided to embark on this adventure. Especially since these moments of cleansing are shared between parents and children, it is a way to teach them to take care of themselves, gently,” she confides.

As for the formulation of the products, Astrid Mauduit has surrounded herself with leading names in cosmetics in order to develop gentle, pleasant and, of course, safe products for children. As far as the packaging is concerned, she took care of it herself and took undisguised pleasure in it.
Knowing that the children’s sector is little exploited by the beauty industry, everything had to be done.
Very quickly, she realized that if she wants children to learn to take care of themselves, they must be able to do so.
She therefore turns to an therapist to learn more about a child’s natural strength according to his age, dexterity or natural gestures.
She explains that she learned “how the mechanics of the hand work. For example, before the age of seven, a child does not know how to operate a pump because he does not have enough strength in his fingers. His reflex is to buzze.”

She has therefore worked hard to design packs with the appropriate diameters, pumps that meet the capacities of small (and larger too) so that they can appropriate these products.

A world as soft as cotton

Astrid Mauduit has developed a very simple beauty ritual, which is based on two products: a cleansing lotion and a moisturizing cream.
It has sought to adapt to the different stages of childhood in order to propose a fair segmentation.

Thus, three ranges (all composed of a cleanser and a cream) have been created and are aimed respectively at 4/6 year olds, 7/8 year olds and 9/11 year olds.
“For the little ones, I decided to do a mixed treatment with a ‘buzzer’ pot for the playful side. On the other hand, from the age of 7, there is a variant for girls and one for boys. They don’t have the same desires, so I wanted to offer them different packaging with olfactory notes that correspond to them. Finally, for the older ones who are approaching adolescence, I thought it would be wise to put products in their hands that remind them a little of their parents’ products. Indeed, they are starting to grow and want to be considered as such,” says Astrid Mauduit.
The brand’s creator has thought of everything, since she has also developed a moisturizing body and hair cleanser with a texture similar to whipped cream, as well as a sun protection.

To bring this whole universe to life, Astrid Mauduit called on Olivier Tallec, illustrator with a tender and vintage pencil stroke. What about the brand name? She says she has always loved the sound of the word “Ouate”. “And cotton is also very evocative of the world of children,” she adds.

The products have been available since January 2019, on the Internet. In the long term, Astrid Mauduit wishes to expand its ranges by offering useful, fun and safe treatments.