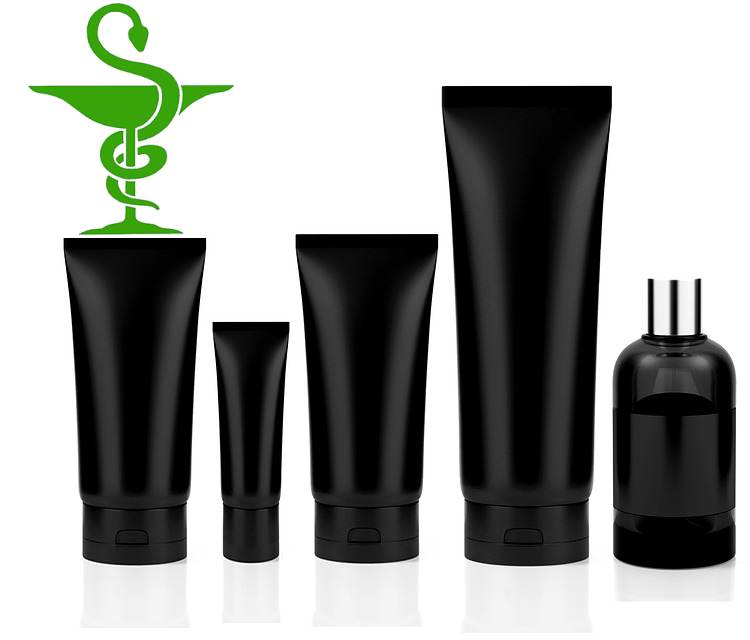 It seems it is a short step from cosmetics to pharmaceuticals. In addition to the beauty offering that flourishes in pharmacy departments, there is also a boom of skincare products with pharmaceutical expertise. Where does this trend come from and why does it work so well? Here are a few explanations.

Dermocosmetics was born in France in the 1960s/1970s. At that time, the cosmetics world was governed by American priestesses Elizabeth Arden and Helena Rubinstein. Men like Jean-Charles Lissarague, founder of Laboratoire Roc, and Pierre Fabre, who hold PhDs in Pharmacy and work for the drugs industry, decided to focus on beauty product development. Jean-Claude Le Joliff, founder of La Cosmétothèque, explains that meanwhile, a particular event intensified the involvement of pharmacists in the field of cosmetics: the Mohrange talc case. ‘The Mohrange company used to sell toiletries, in particular talc formulated with perfume and a bacteridical agent, hexachlorophene, to make it disinfectant.
In 1971, the laboratory that made talc made a mistake in the hexachlorophene doses and incorporated more of it than needed. It should be known that at that time, manufacturing processes were not well-established, mixtures were not very homogeneous, and quality controls were not that regular.
As a result, talc boxes with too much of this bactericide were placed on the market. There were 35 casualties due to this overdosage,’ he explains. At that time, cosmetics regulations were still quite vague, but this public health tragedy dramatically sped things up.
Public health authorities were asked to work and publish cosmetics regulations.
’And guess who was in charge of public health in advanced countries? Pharmacists. They got involved through a regulation published in France in 1975 and almost entirely integrated to a 1978 directive on the European level. Many principles already applied to the pharmaceutical world were used to provide a framework for cosmetics, including the notions of Responsible Person, Product Safety File, or water dedicated to beauty product manufacturing,’adds Jean-Claude Le Joliff.

Pharmacy vs. industry: are they really different cosmetics?

Although the term ‘dermocosmetics’ is now used in everyday language, is there a real difference between a conventional beauty product and a skincare product formulated by pharmacists by trade? According to Jean-Claude Le Joliff, not really. ‘First, it should be reminded that there is no official definition of dermocosmetics. Besides, there has never been any distinction between this field and conventional cosmetics in the Cosmetics Regulation. In fact, there is only one field of cosmetics.
It is all about choice and positioning, rather than technical and scientific reality. To learn whether a product is better than another, you should look at the composition: that is what prevails. It is not better or worse, it is just created by different people,’ he explains.
Still, certain dermocosmetics laboratories actually discovered molecules and actives that did make the beauty world progress. If these products are not completely opposite to what you can usually find, what can explain the success of this sector? No doubt it is the role of pharmacists and consumers’ trust in them.

Pharmacists, a mark of confidence

Pharmacists occupy a special place in French people’s hearts. To many of them, they are a guarantee for well-informed advice in terms of skincare and health. Pierre Juhen, President of Patyka, also shares these views.
Pharmacies are the favourite distribution channel of this brand. The young entrepreneur explains this choice by the fact that above all, he wants to ’provide users with tips. Pharmacists are more than legitimate in this role, they know the skin. It should not be overlooked that skincare has much in common with medicine. Indeed, pharmacy results are excellent, because the pharmacy boss is placed at the core of our own strategy, he guarantees well-informed expertise.’

The other reason why the Patyka brand is close to pharmacies is that it has pharmaceutics in its DNA.
It was founded in 1922 by a pharmacist whose shop was located 1 Rue Rambuteau in central Paris, and who prepared magistral preparations. One of his formulas got successful, Huile Absolue, and it is still available on the market today.
The story ended in 1952, and it all started again in 2002, when a man decided to purchase the pharmacy. He came across old press articles and decided to revive the brand.
Then, it was Julien Huen’s turn to manage the brand in 2013. He was delighted to be in charge of ’an entity with a real story. We need that to build up a reliable identity. Patyka is actually a stylized form of the Greek word apotheke, which means apothecary.’

Other groups have been cultivating a historic heritage and riding the wave of ancient, but modernized preparations: Mademoiselle Saint-Germain perfectly embodies this trend.
Charles Cracco, founder of the brand and PhD in Pharmacy, tells how he got the idea of trying cosmetics when he ‘arrived in Versailles. Immersed in the city’s heritage, I started to have this passion for History. From my pharmacist prism, I was mainly fascinated by cosmetics and medicinal processes. One day, as I was walking by the King’s Orchard, I wondered “Why not recreate these ancient cosmetics by using the orchard’s plants?” The limit is that, today, neither men nor women consumers have any interest in using Marie-Antoinette’s cream. That is when I saw the opportunity for Mademoiselle Saint Germain to transpose a healthy and environmentally friendly lifestyle to the cosmetics world: using only French and local ingredients, whose actives would come from the Orchard, while drawing inspiration from the pharmacopoeia written by our counterparts several centuries ago.’ But where did that attraction for skincare of yesteryear come from? ’At that time, recipes were very simple and usually contained only a few plants mixed to a fat. That is what we hoped to reproduce with Mademoiselle Saint Germain.
Ultimately, bringing old pharmacopoeias up to date helps draw inspiration from ingredients that have proven their efficacy and tolerance over the centuries (like rosemary and cucumber), contrary to substances derived from petrochemistry,’ tells Charles Cracco.

The dermocosmetics term is actually more representative of a different positioning than of a real schism with conventional cosmetics.
In any case, year after year, it increasingly seduces consumers.
Jean-Claude Le Joliff reminds that pharmaceutics did not invent cosmetics. ‘Beauty science has always existed on the fringes of drugs science. Looking beautiful or ugly is not a disease,’ he concludes!
But it is undoubtedly a thriving sector!

In recent years, dry food distributors have flourished in supermarkets. Slowly but surely, cosmetics is getting down to it, in ...